Posted on October 14, 2013 by TheLandSlidePhotography

My biggest inspiration in the field of photography has been Galen Rowell . In addition to his amazing photographic skills, I admired his sense of adventure and physical fitness. I saw him speak in Anchorage, Alaska as he neared 60 years of age. Having an issue with the slide projector at the top of the auditorium, he bolted up the steps from the stage like a teenager. He wrote on several occasions of grabbing his camera and taking off on runs of marathon lengths or more. He was also a mountain climber and integrated this into his photography. He often spoke of alpenglow and named his business Mountain Light. Tragically, he and his wife died in a plane crash in 2002.

I made this image during a winter survival class in Alaska. My group of three had just spent several hours building our shelter for the night, an igloo. I heard someone say “wow” and turned to see the last moments of sunset on the nearby peak. 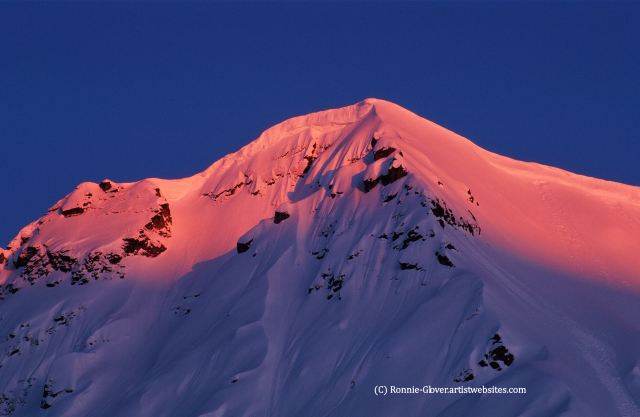 Use These Buttons To Gain Karma Points.